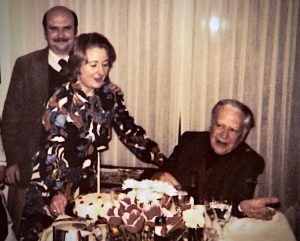 AN EVENING WITH THE DISCOVERER OF THE ANTIPROTON, THE NOBEL LAUREATE EMILIO SEGRE’

An exclusive historical video from 1983, in which Segrè describes how Enrico Fermi was NOT selected as winner of a chair in Italy. Other participants to the evening: Ugo Camerini, Franco Cerrina, Alfonso Franciosi, Claudio Quaresima, Giorgio and Marina Margaritondo. The conversation (in Italian with English subtitles) reveals that the problems plaguing the Italian academic system were already present one century ago!

Who won two Nobel prizes in physics? Marie Curie, John Bardeen or both?

Answer: John Bardeen, for the transistor and for the theory of superconductivity. Marie Curie got one Nobel prize in physics and one in chemistry. You can attend here a lecture given by John Bardeen in 1990: 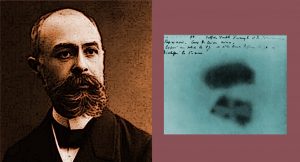 The discovery of radioactivity by Henri Becquerel was a fascinating adventure. Furthermore, its historical analysis shows that  the dissemination of new scientific result and technology transfer were more effective at that time than they are today! 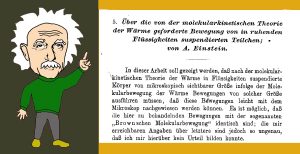 In 1905 (his “annus mirabilis“) Albert Einstein made fundamental theoretical discoveries about relativity, photons and the Brownian motion. But not as separate entities: from the very beginning, quantum physics and relativity were interconnected. And the Brownian motion finally demonstrated the reality of atoms and of statistical mechanics. These often ignored relations explain how he could be so incredibly courageous in his conclusions. 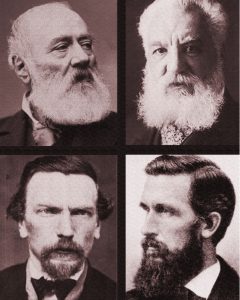 Who invented the telephone? Many countries have their own national candidates, and the USA has several, including Alexander Graham Bell (top right portrait) and Elisha Gray (bottom right). The controversy between Antonio Meucci (top left ) and Bell is particularly emotional in Italy. But its historical analysis brings  surprises. The legal fight was between an American and a foreigner, but the American was Meucci (who never was an Italian citizen) and the foreigner was Bell! Furthermore, what is really important is not who invented the telephone (neither Meucci nor Bell but the Italian Innocenzo Manzetti, bottom left). The key contribution was to fully understand its impact.

This is an extended historical analysis (text mostly in Italian):

In 1887, Heinrich Hertz discovered the photoelectric effect. The impact on fundamental science, spectroscopy and technology was presented by this article that celebrated its 100th anniversary: